No Widgets found in the Sidebar Alt!

No Widgets found in the Sidebar Alt!

It started with an empty box.

The big hoo-ha I made in the last post was (mostly) all in fun, if you didn’t realise already. The Blogfather has had run-ins with the Hasbro people a number of times, and they don’t scrimp when it comes to things like this, though their methods of engagement can sometimes raise eyebrows.

But I will be honest; the geek in me was attracted to the collector’s value the Transformers First Edition Optimus Prime held. When you put a three-digit price tag and the words “First Edition” on the box, you know it’s more than just a toy. And the geek in me wanted it.

But that didn’t prepare us for the bigger hoo-ha?that was at the Transformers Toy Madness @ 2200 (the premise of their sending us the empty box in the first place). When the Mother of Xander and I got to Forum the Shopping Mall Friday night we were planning on grabbing a cup of coffee before leisurely sauntering over into the event. We didn’t think there’d be a lot of people, mainly because the shops at Forum tend to close a couple of hours earlier than the rest of Orchard Road, and the mall is usually pretty quiet by 8.30pm.

Then we saw the queue.

It stretched along the walkways, wrapping the stairs and rails from the 2nd floor up to the 4th where the event entrance was, and it was about an hour and a half before the event would start.

The crowd was being coaxed into a frenzy by a scrawny dude in a standard-issue red Transformers tee, and in another while, the Ah Boys to Men cast would come and make girls scream (I never understood why girls scream for that kind of thing). We had media passes, but we were no less awestruck (by the crowd, not the Boys). And as we were walking into the event – son and baby all – the Wife warily said to me, “Eh. The people all staring at us like how come we can no need to queue one leh.”

The doors flew open for the crowd at 2200hrs as promised. And things flew. 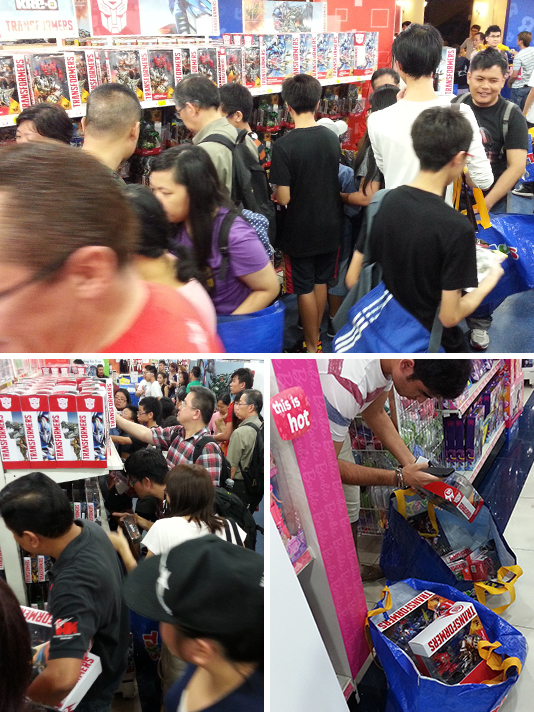 You start wondering if the toys are really worth all this attention, all the hype, all the value that they may or may not hold, now, or 10, 20, 50, 100 years into the future.

I brought the no-longer empty box home, and stared at it while Xander sat near me, tired from the evening’s special toy hunt. 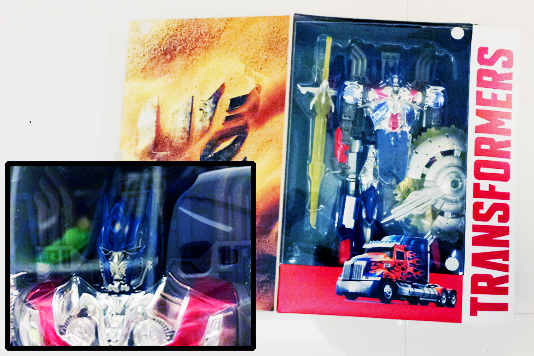 Pro collectors will tell you that if you intend to keep a toy in a collection, the moment the packaging seal of the toy is broken, the toy is immediately devalued from “mint” or “mint-” to “near-mint”or below, lowering its resale value significantly even if the greatest care is taken to keep the toy itself in its most pristine, straight-from-factory condition.

Be it toys, comic books, or even games (ever see an actual, physical fantasy role-playing game setup?) some of us will have grown up with a vision of amassing what we hope would be a treasure trove of the 90s teenager’s equivalent of blue chip stocks, a collection of nostalgic memorabilia that would grow in monetary value over time and boost our retirement funds in lieu of the CPF minimum sum that we might end up never seeing.

Then you become a dad.

It’s exactly times like this that you’re reminded why you fell in love with these toys in the first place, because your child loves them now exactly like you did when you were 6 years old too.

You’re left wondering what is more valuable: a toy kept in mint condition in the box it came in, or a toy in your child’s hands. 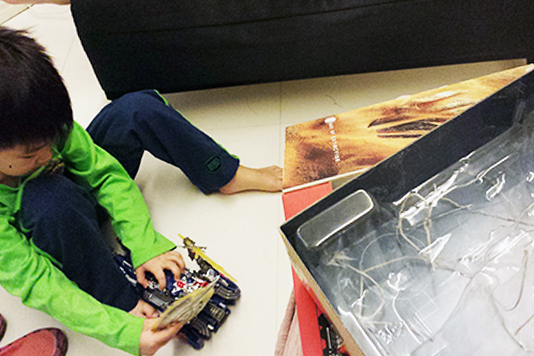 I end up with an empty box. But it’s okay.

Spare the iPhone, Lose an Opportunity